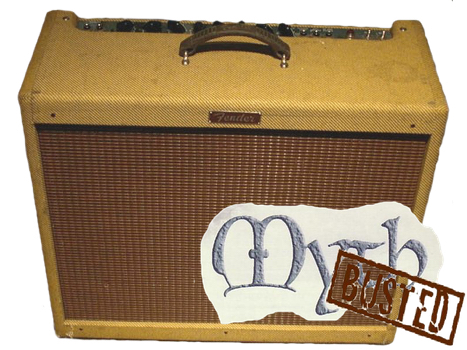 The tweed covered Fender Bassman is considered by many to be the epitome of tone, and every current tube amplifier myth revolves around this amplifier. Admittedly, they sound great for guitar, but let’s back up a little and see as Fender makes a bass amplifier! (Keep in mind throughout this lesson that Fender is in business to make money, and the bottom line is a cheap, mass producible product.)

If you were designing a bass guitar amplifier, or if you are a bass player, how would you like an amplifier that featured;

Well, Fender did just that. A company that had been making amplifiers for over a decade (starting with K&F) ‘invents’ the bass guitar, but has no decent amplifier to go along with this ‘new’ instrument! It simply cannot be that Fender knew nothing about ported bass reflex enclosures. They had been around for a while from people like Karlson, and many articles in magazines such as Audio Anthology, Radio Electronics, and Popular Electronics featured speaker enclosure projects with all sorts of theory about how to ‘tune’ the port. And didn’t someone ask about bigger filters? How about diode rectifiers? Even the words ‘power supply’ and ‘sag’ should have entered everyone’s mind, but apparently did not (keep in mind, however, that few played their amplifiers at full volume, which is where ‘sag’ usually becomes an issue). For guitar it sounds marvelous, but again, we are designing a bass guitar amplifier. The highly favored ’59 model was put out largely in response to bass players complaining about their 1X15″ Bassman ‘flapping out’ on the low ‘E’ string. Another headache was that the single speaker used was barely adequate in handling the power put out by the amplifier! Blown 15″ speakers were rampant, and solutions were needed. The simple solution offered was four speakers that could handle the power, and had a resonance one full octave above a bass ‘E’ string. No more blown speakers! No more flapping! Very sneaky. Had Fender just used a sealed cabinet, with a tighter power supply, they would have solved this ‘mystery’. (The 4X10″ combo version of the Bassman was quietly replaced by the ‘piggyback’ version a few years later. The Bassman ‘head’ had many variations, and to see a brief overview, with some modification suggestions, CLICK HERE.) Who knows how history would have been written had they paid attention to all the advertising for tuned bass enclosures…..

The good people over at Karlson obviously knew a thing or two about low-end frequency response.

Companies such as Karlson were certainly on the right track when they rationalized that the speaker cabinet designs of the day were not conducive to efficient, quality bass frequency reproduction (an open-back design is the worst option). Magazines such as Audio Anthology were publishing articles post WWII about tuning ports on homemade speaker boxes. A few of the promised ‘benefits’ of a Karlson Cabinet… ‘2 more octave bass!… Flatter response-Less distortion!’ …would have been welcomed by more than a few Bassman owners. The Karlson cabinet is still popular today, to the point that there is a website devoted to this brainchild of John E. Karlson; complete with a ‘Forum’! Visit it by CLICKING HERE. Back to the discussion at hand; to be fair, Fender was simply trying to mass-produce an inexpensive product. Yet another avenue of thought involves the Bassman and the 10″ speakers, with a rolloff of 90Hz. How about…..

I am getting a hernia just looking at this speaker!

Seen right at the same time as the Fender Bassman was trying to sort out its open ‘E’ string dilemma, Electro-Voice unleashed this 30″ speaker. At a claimed low-end rolloff of 18Hz, I’m sure it would have solved the problem of any ‘E’ string flapping and then some! (It would even handle a low ‘B’ from a 5-string bass today without blinking!) Thankfully, Fender did not go this route, and today we can find examples to demonstrate how good a guitar amplifier the Bassman is.

Very few modern Bass players would choose an open-back cabinet for their rig.

The output transformer from our tweed Bassman has attained far too much hype. Fender selected their transformer by virtue of the fact it was probably the only 2-ohm transformer to be had! (2-ohms is a very unusual output impedance.) It just happened to have an interleaved winding, which increases high frequency response; real important in a bass amplifier! See ELECTRONIC PARTS for how transformer specs influence the tone response. Why did Fender decide to use a 2-ohm output impedance? We may never know for certain, so we’ll just have to speculate. Some BS ‘guru’ may chant about branch inductance, but this seems unlikely. It is possible Fender decided that in a parallel configuration three speakers will still function just fine should a single speaker ‘blow’, and be matched close enough to the rated secondary impedance. Remember the tweed Bandmaster? It utilized three 10″ speakers, and used the Bassman output transformer. In a series-parallel configuration, blowing one speaker also removes the ‘mate’ from the chain, so the load doubles in effective impedance value. Specifications given on catalog inserts tell a story that is hard to believe and/or explain. Many of Fender’s early classic tweed amplifier advertisements are represented in the book Fender, The Inside Story (Forrest White). While Mr. White has limited electronic knowledge and shies away from stories about the technical development behind the Bassman amplifier (or any other Fender product), the catalog insert reveals more than he ever could. Submitted for your consideration, under the heading ‘Technical Characteristics’;

The ‘General Description’ of the Bassman amplifier has its’ own mysteries;

Thankfully, this is all 100% untrue. Ignoring the obvious exaggeration about High Fidelity music reproduction, first of all you’d never get 60 watts out of a Bassman, even at ‘peak’ power. This makes the ‘conservatively rated’ angle a complete falsehood. Secondly, the frequency response is BS and meaningless to boot, as the speakers might have (at best) a response of 90Hz-4kHz. The ‘over-size power supply’ is anything but, leaving the output transformer the only ‘feature’ advertised that can’t be argued by the average guitar player or technician. Of course, ‘potted’ audio transformers of the day were much larger and heavier than any Bassman transformer, but I’ll let that tall tale go, as it is repeated for many Fender models during this period of advertising.

The reissue Bassman is actually closer to what Bass players needed back in 1954.

Reissue ‘tweed’ Bassman amplifiers have paid the mortgage for more than one tube amp ‘guru’. What started the whole ‘reissue’ series of amplifiers from Fender also prompted many eccentric TV repairmen to put out their own tweed-style ‘clone’. And it started a cottage industry of ‘upgrade’ kits claiming to make your modern counterpoint sound more akin to its’ ancestor. I have read (with a grin) many magazine articles stating that by merely replacing the Russian tubes with some Yankee Doodle Dandies and substituting the regular baffle board for one made of pine will be the ticket to tone heaven. Other opportunists state that by buying their expensive kit, (which comes complete with the ‘proper’ capacitors mounted on a ‘tag’ board!) you will have the sound. Let’s think about this prospect for just a minute, and realize that the people selling these ‘upgrade’ kits are overlooking a few key points (or, are hoping you aren’t smart enough to ask these questions). 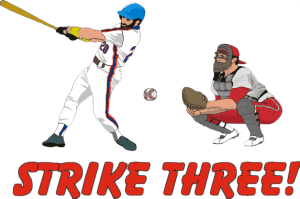 Reissue Fender Bassman ‘strikes out’ in an attempt to replicate its ancestry.

To be fair, the reissue Bassman is not a bad amplifier; they simply don’t sound anything like an original. If you own a reissue, play it for what it is (a very good guitar amplifier), as opposed to complaining about what it isn’t (an exact replica of its ancestor). And if you are thinking an ‘improved’ fiberglass board can drastically alter the tone of you
reissue Bassman; please strike your head against any available wall sharply, and continue to do so until some sense has replaced these wishful ideas.

There is no reading list for this lesson. You should, however, take to the task of inspecting as many original and reissue tweed Bassman amplifiers as you can to verify what I have just told you. Make sure you play a bass through one!